My first Giant Silkmoth hatched today – a male Polyphemus – and I found a great new plant and a new butterfly for the farm.

Here’s the Polyphemus – the photo is a little fuzzy because he wasn’t interested in holding still.  I released him when it got dark so he could go chase females. 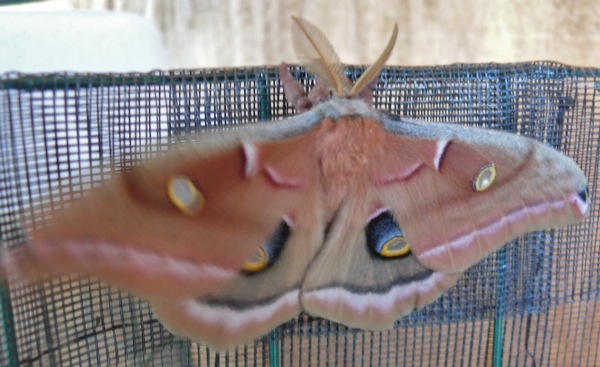 This is the new plant for the farm.  All its common names are terrible – Cancer-root, Naked Broom-rape, and One-flowered Broom-rape.  But it’s a beautiful little plant – parasitic so it has no green at all.  It’s on the Special Concern list for Wisconsin.

And here’s the new butterfly.  A Pepper and Salt Skipper – at least this one has a good common name. 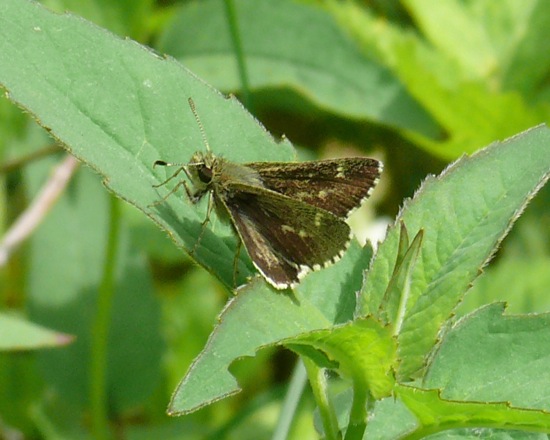 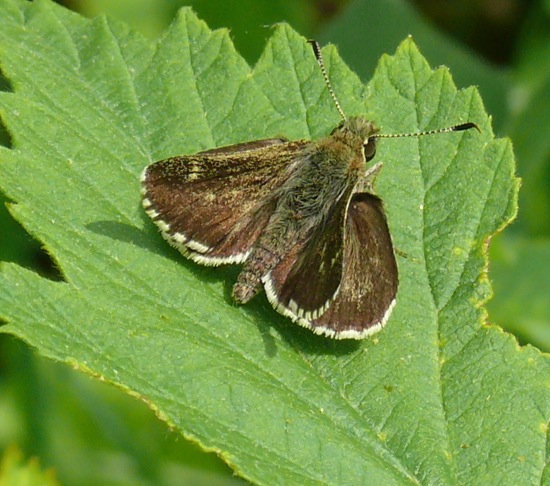 The other great sighting I had this week was a Striped Skunk.  I was driving the gator toward the cabin, when the skunk came wandering out of the woods and across the trail in front of me.  It didn’t seem to notice that I was there – even though the gator motor is very loud.  I stopped and turned off the motor, and it continued on across the trail and into the grass along the edge.  Then it turned and started nosing its way through the grass towards me!  I decided I didn’t want to be there when it figured out that I was there, so I turned the gator back on and scooted back to where I could watch from a safe distance.  It disappeared into the gully and I didn’t see it again.  My picture isn’t very good – it was in the grass by the time I got the camera out – but I didn’t want to stick around for a better shot.  It’s tail is brownish, not white – I did a little research and discovered that skunks often have color variations in their coats – not always just black and white. 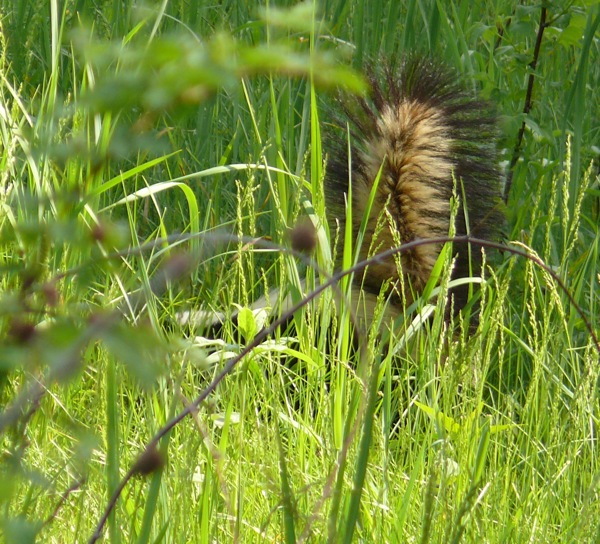 Here are a few of the flowers that are blooming now.

Starflower – in the woods 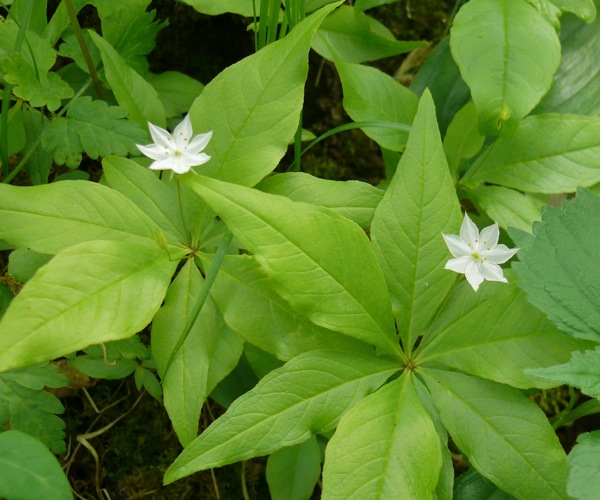 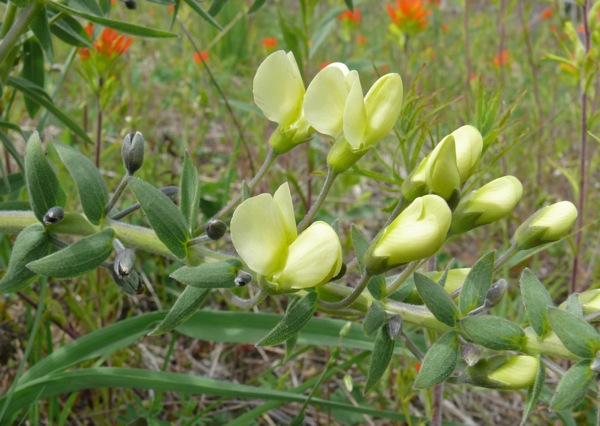 Prairie Phlox – in the planted prairies 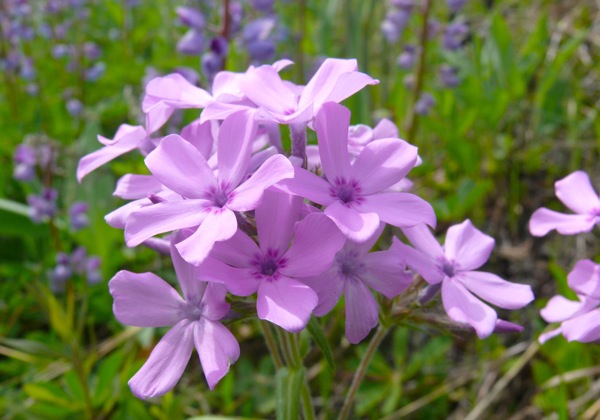 Wild Lily of the Valley – in the woods 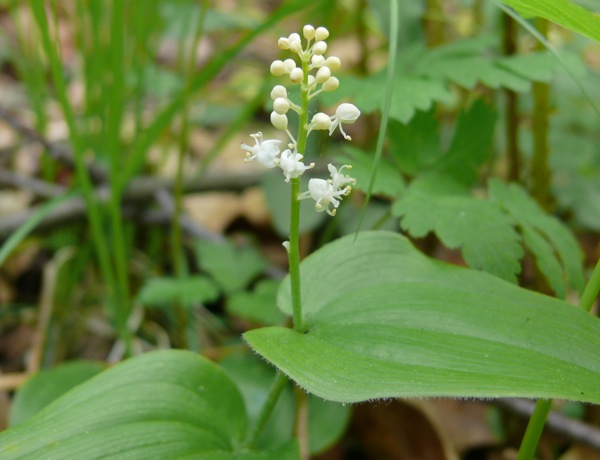 Last summer our friend Rob found some odd tunnels in the sand on his prairie.  We showed them to some insect people and they thought they were made by termites.  So this week someone came from Madison to see them.  Rachel is studying termites – trying to figure out where they are in Wisconsin, how they move around, and where they came from. 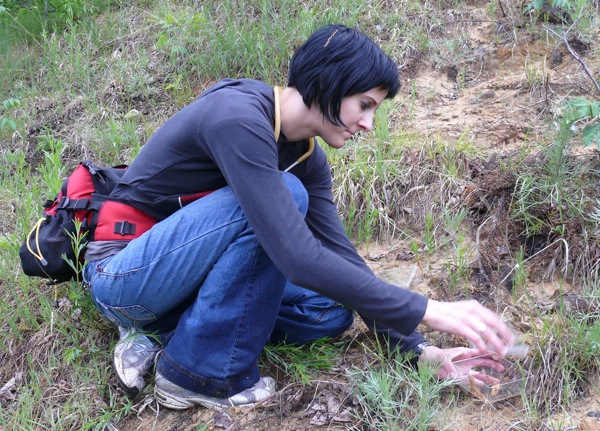 Here’s one of the mysterious sand tunnels.  They’re built up along the branches of small shrubs – mostly Sand Cherry.  They’re close to the ground – none more than about 8 inches high. 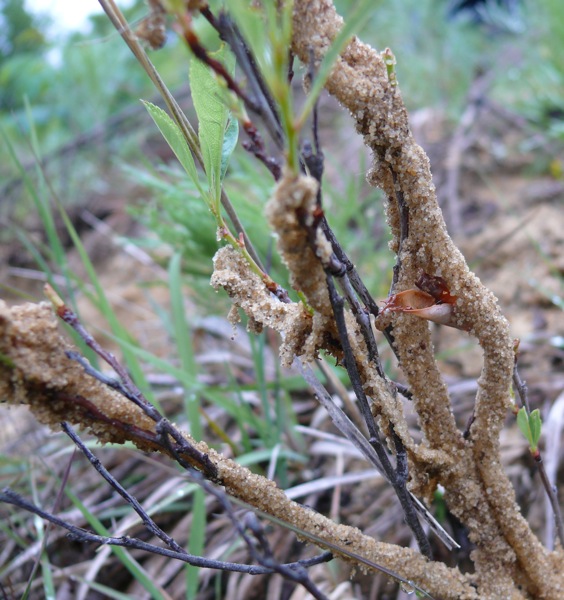 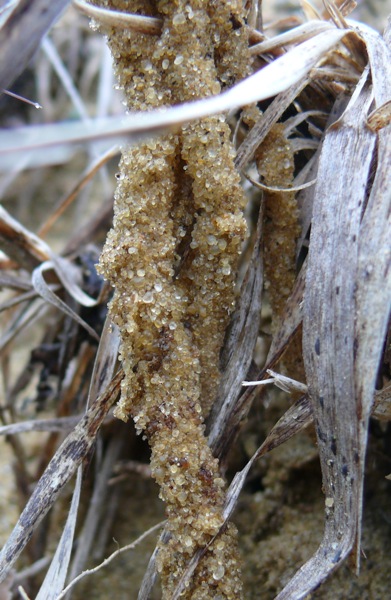 When Rachel picked them apart she was surprised to find that they’re held together with webbing – not like termite tunnels at all.  So she thinks they’re made by some other insect – maybe ants. She’ll ask her insect colleagues and see what she can find out.

I later found out what these tunnels are.  They are made by the larvae of a small moth called a Clouded Veneer – Prionapteryx nebulifera.  I had found one of the moths a few years ago on Rob’s prairie, but hadn’t realized they were responsible for the tunnels.  I took the photo on 7/22/2006. 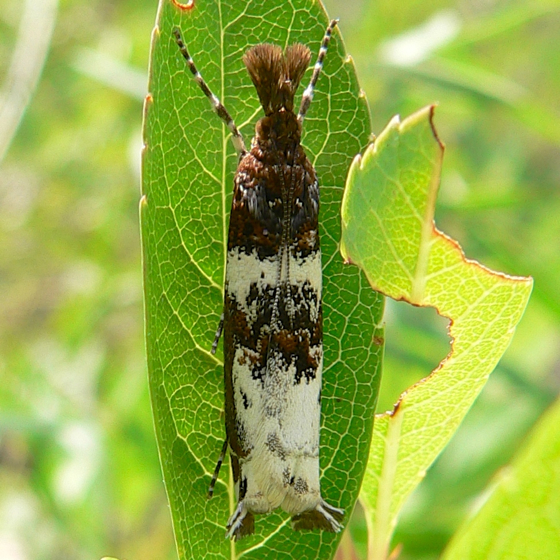 Our other non-farm adventure this week was another train ride on the Chippewa Valley Motor Cars – the little open-air train that runs through the Tiffany Wildlife Area south of Durand.  It was fun to see the valley in the spring – everything was lush and green, but there weren’t any bugs yet.

This was a photo Mike took of the track and the woods we drove through. 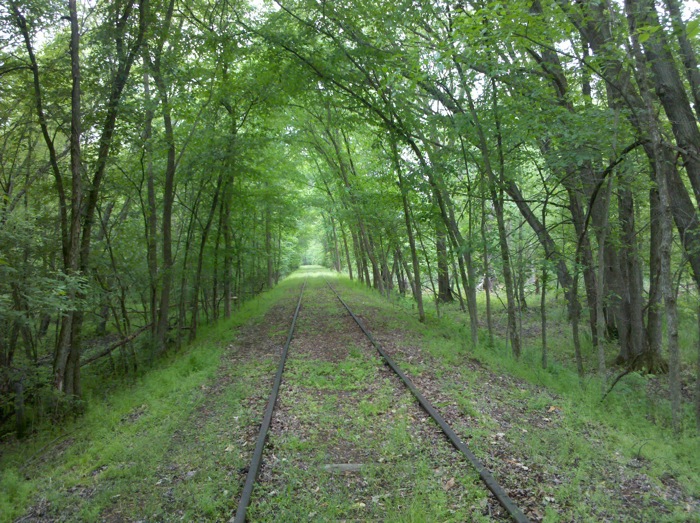 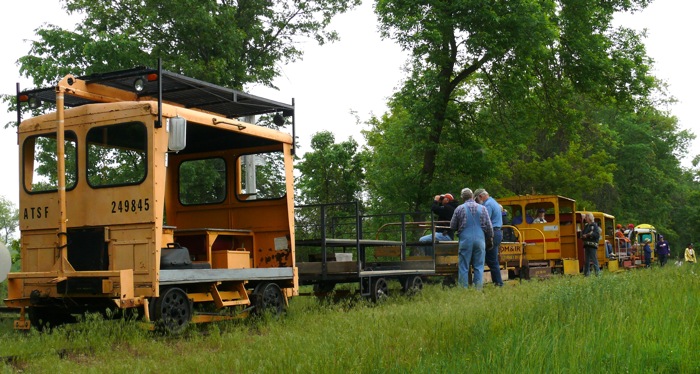 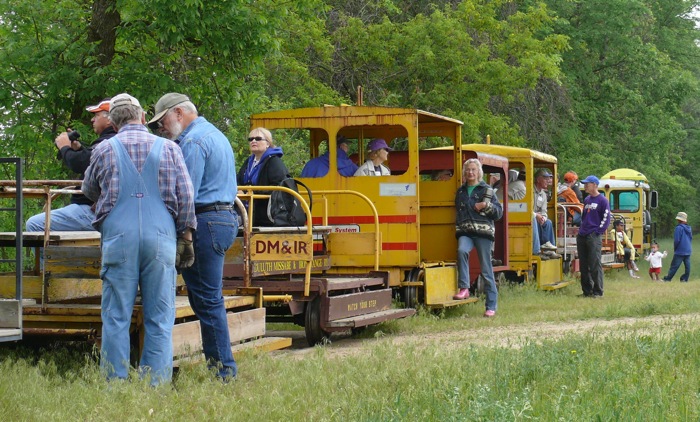 Here we are, taking a break in the middle of the woods. 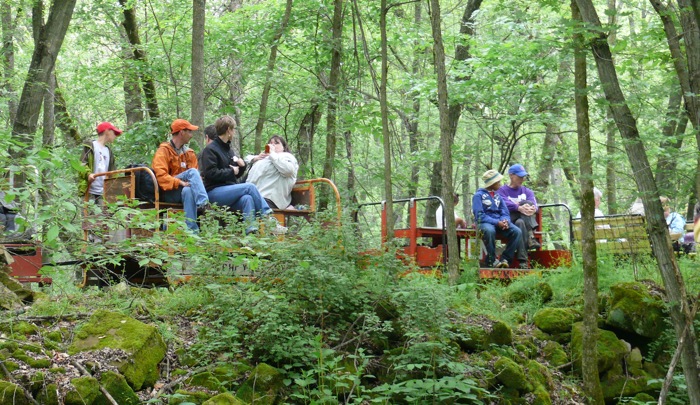 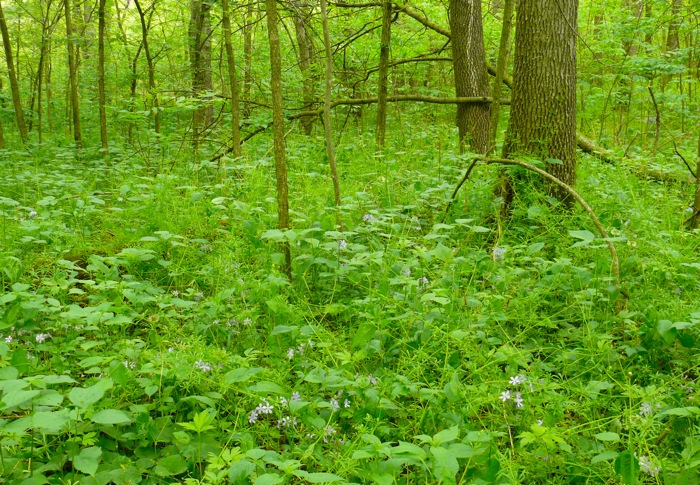