According to Mike Reese, Common Roadside Skippers are not really very common in Wisconsin. 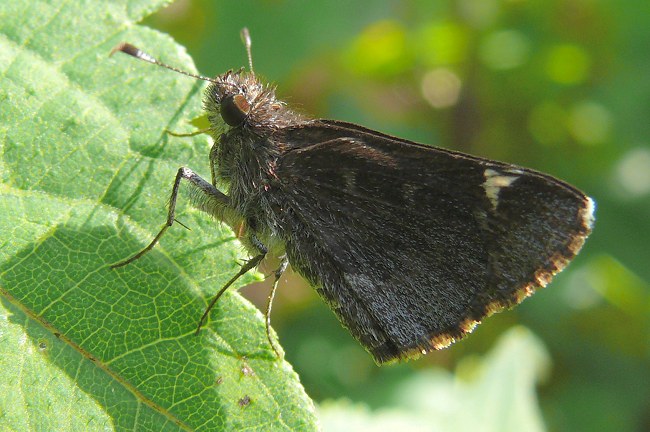 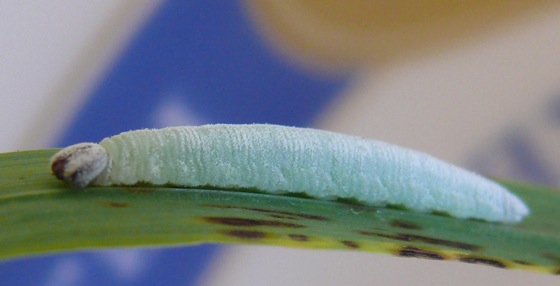 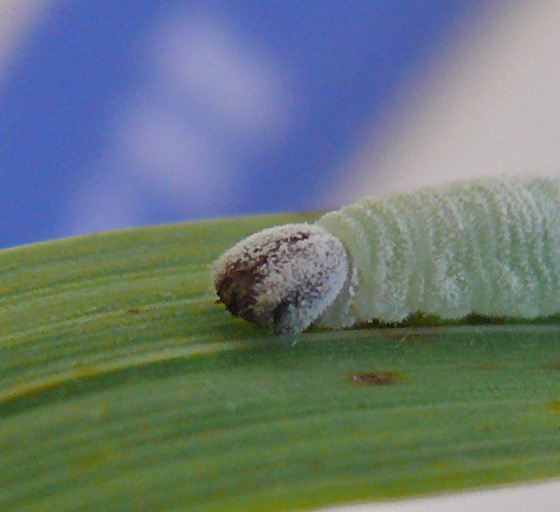 The rolled up leaf was kept outside over the winter.  I wrapped it in a piece of paper towel and put it in a clay flowerpot, buried in the ground up to the rim, and covered with a clay saucer.  I took the pot out of the ground at the end of March 2012, and put the rolled leaf in a jar. 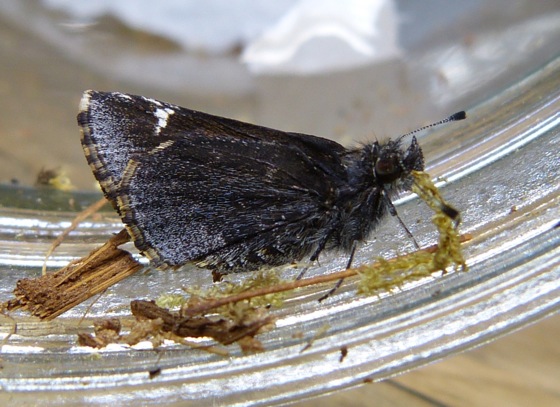 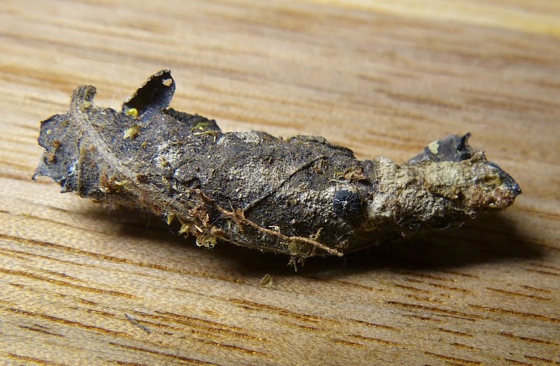 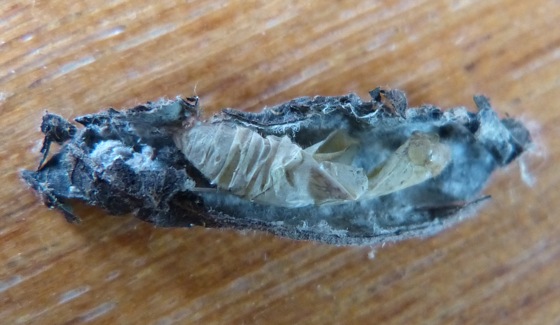 Here are a few more photos of adults. 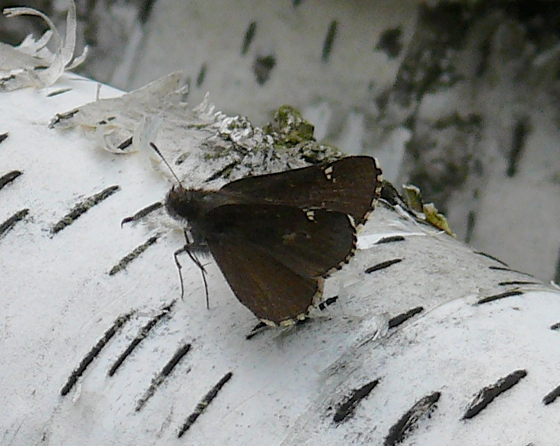