Wild Turkeys are native to Wisconsin, but by the late 1800s they had disappeared from the state because of habitat loss and unregulated hunting.  The first successful reintroductions of wild birds were begun in 1976.  Dave Linderud, who worked for the DNR in Buffalo County for many years, says that he released the first wild turkeys in Wisconsin on our land – long before we owned it, of course.  He remembers that they first released about 30 hens, and later on, some males.  It was a good place for a reintroduction because the fields were in corn, which would give the birds plenty to eat, and the surrounding land was heavily wooded, which would provide cover.  Both the land owner and the farmer who rented the land gave their permission for the release.  The birds were wild captured birds from Missouri.  (There were two other release sites that first year.)

The reintroduction program in Wisconsin has been a tremendous success.  Now turkeys are very common all over the state.  At the farm, the numbers go up and down – in the last few years we haven’t seen quite as many, but that may be because our prairies are getting taller, so it’s harder to spot them.

Here are some seen on one of our wildlife cameras, November 2012 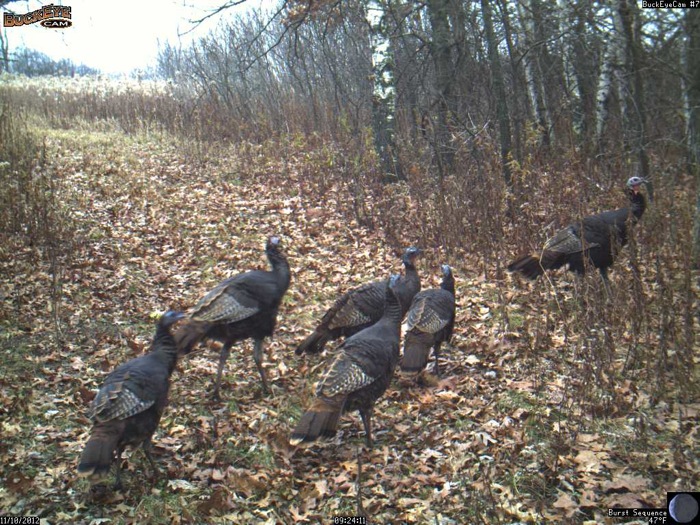 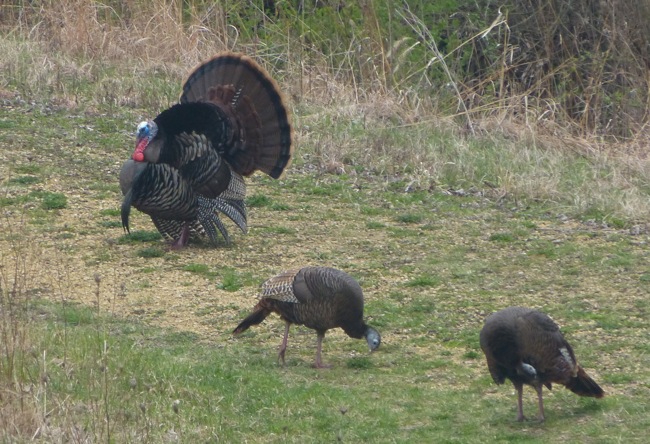 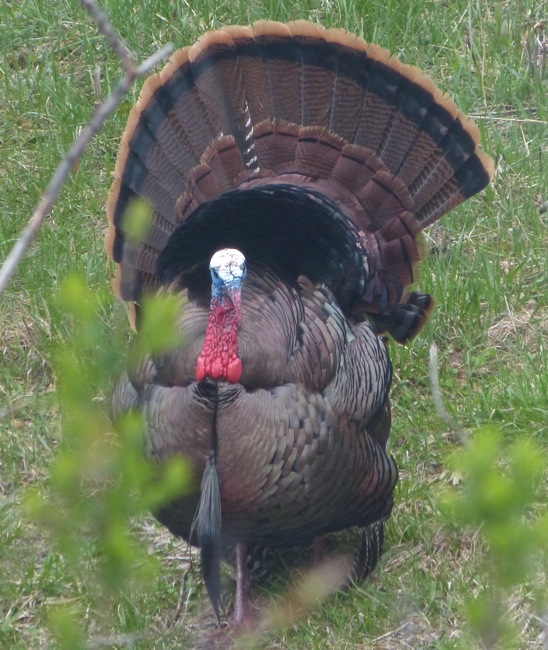 A flock feeding in the Narrows Prairie – its first year as a prairie so there were lots of weed seeds.  Fall 2004 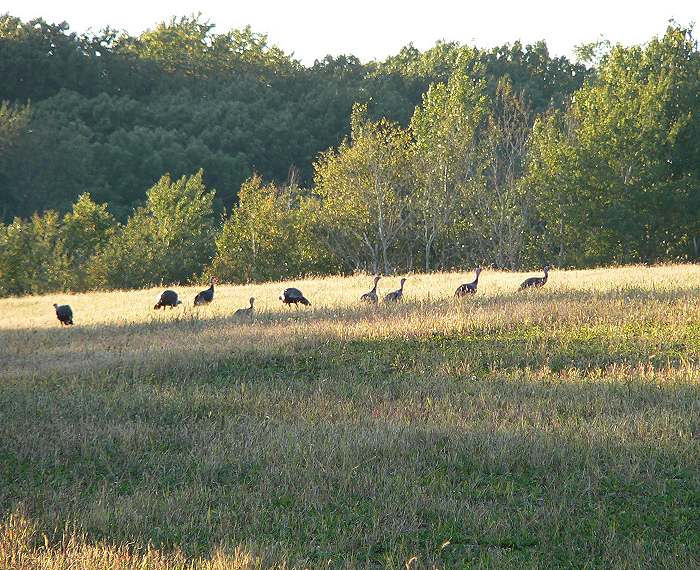