The breeding range of Lazuli Buntings is in the western U.S. – from Nebraska and the Dakotas, into California.  But they’re sometimes seen in the east.  They’re seen in Wisconsin occasionally, but it’s always a big event.

This one appeared at our feeders on May 19, 2013.  There were several other Lazuli Buntings being seen in southeastern Minnesota at the time.  I noticed it in mid-afternoon, and it stuck around, sitting in the tree next to the bird-feeder deck, and eating at the suet feeder for a few hours.  Then there was a violent rain/wind storm, and I didn’t see him after that. 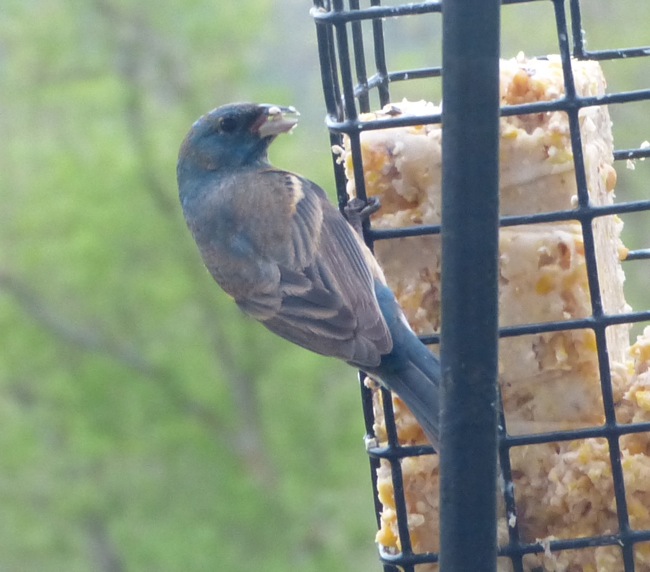 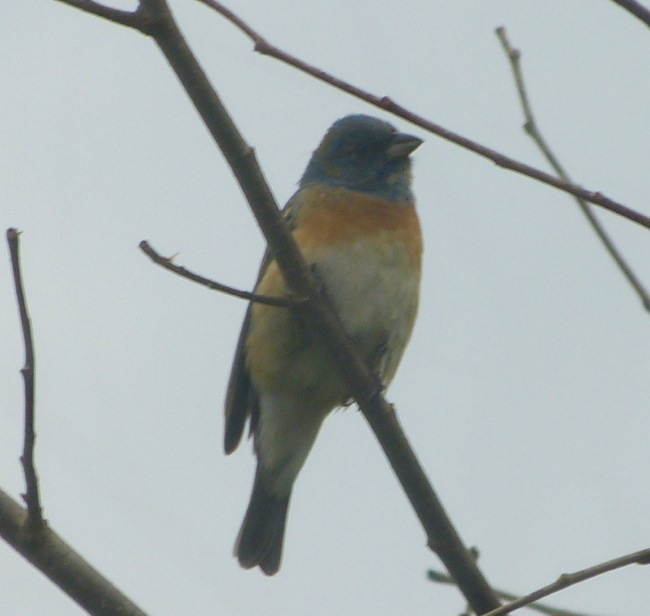 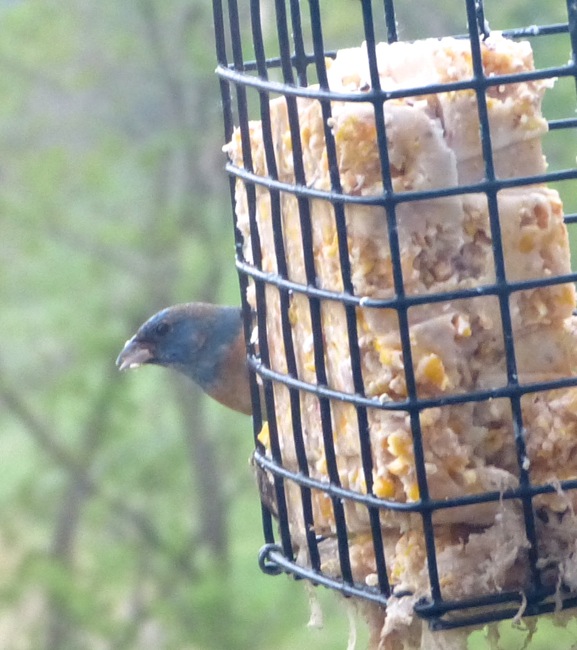