Caterpillar foods: especially Rosaceae, but also other trees and shrubs

A closer view of the eggs 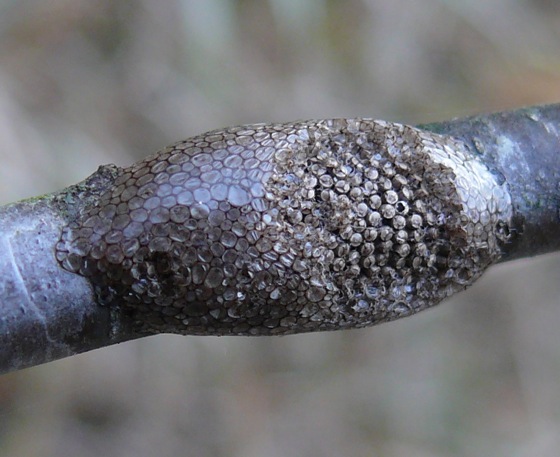 After the caterpillars hatch, at about the same time as the leaves open, they build a web nest in the fork of the tree.  They use these nests to rest while they’re not feeding – the webbing protects them from predators. 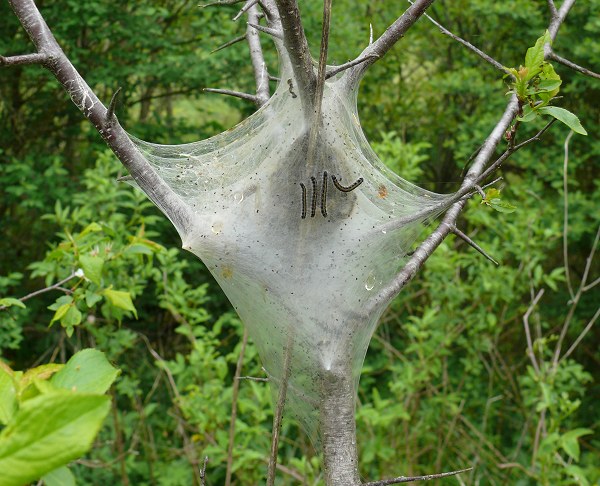 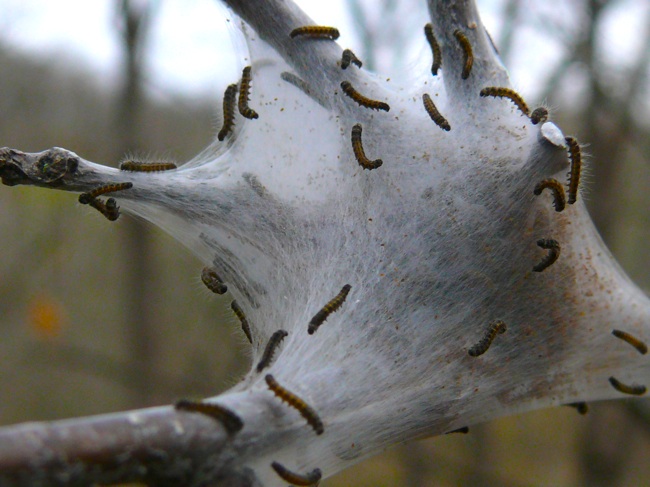 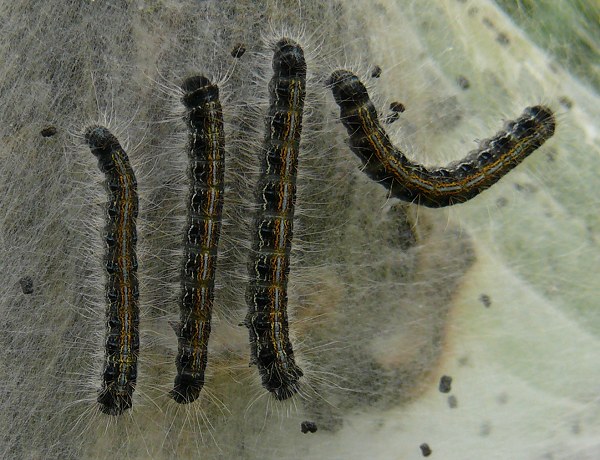 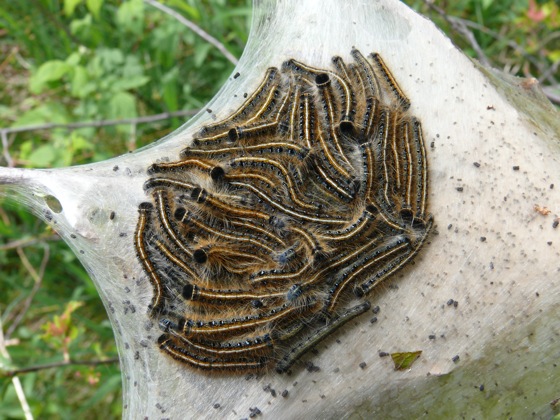 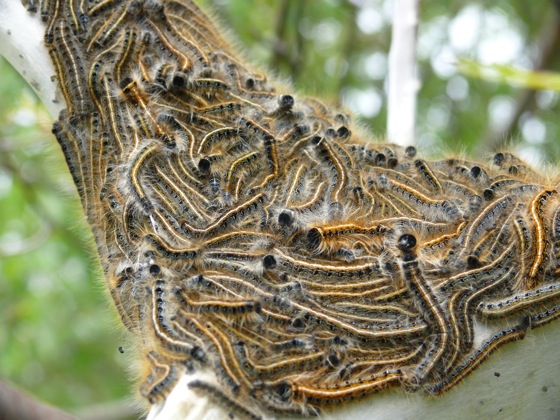 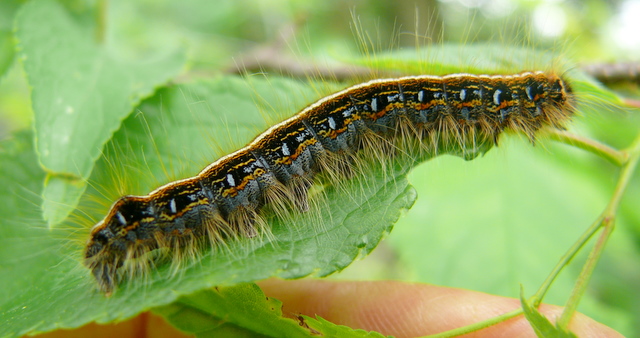 I see the adult moths when they come to my lights. 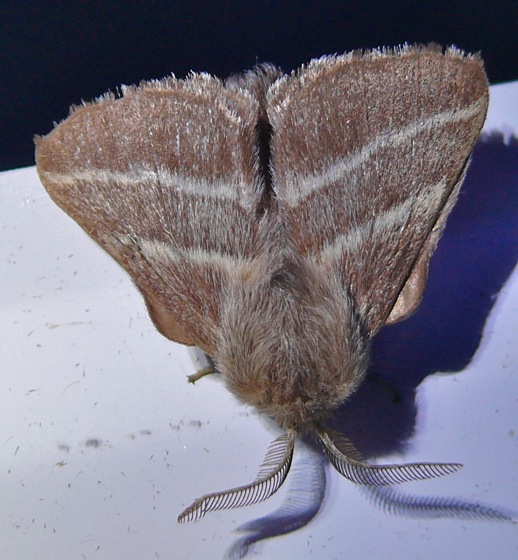 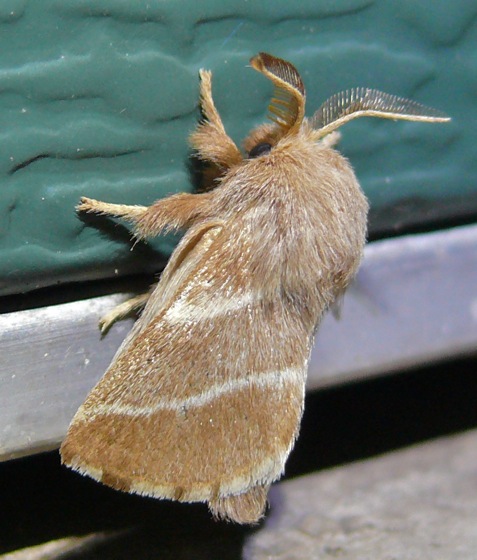 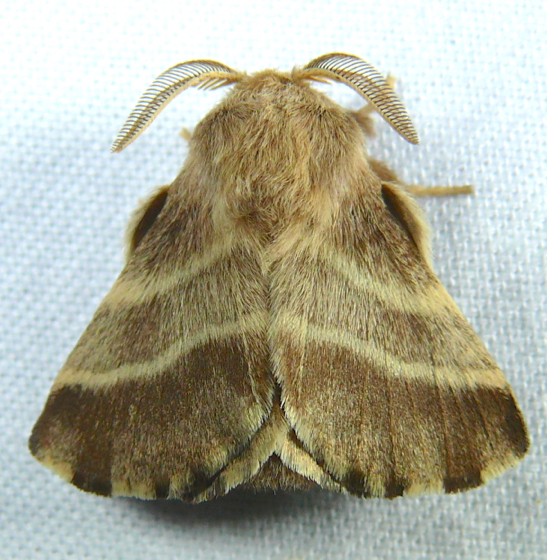 A very helpful page – with much detail about the life cycle of Eastern Tent Caterpillars.